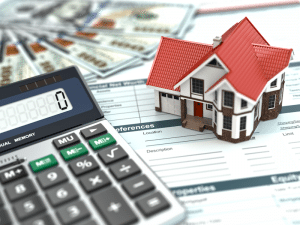 Oh, dear home buyer (or seller!)—we know you can do it on your own. But you really, really shouldn’t. This is likely the biggest financial decision of your entire life, and you need a Realtor® if you want to do it right.

They have loads of expertise:

Want to check the MLS for a 4B/2B with an EIK and a W/D? Real estate has its own language, full of acronyms and semi-arcane jargon, and your Realtor is trained to speak that language fluently.

Plus, buying or selling a home usually requires dozens of forms, reports, disclosures, and other technical documents. Realtors have the expertise to help you prepare a killer deal—while avoiding delays or costly mistakes that can seriously mess you up.

They have turbocharged searching power

The Internet is awesome. You can find almost anything—anything! And with online real estate listing sites such as yours truly, you can find up-to-date home listings on your own, any time you want. But guess what? Realtors have access to even more listings. Sometimes properties are available but not actively advertised. A Realtor can help you find those hidden gems.

They have bullish negotiating chops

Any time you buy or sell a home, you’re going to encounter negotiations—and as today’s housing market heats up, those negotiations are more likely than ever to get a little heated.

You can expect lots of competition, cutthroat tactics, all-cash offers, and bidding wars. Don’t you want a savvy and professional negotiator on your side to seal the best deal for you?

And it’s not just about how much money you end up spending or netting. A Realtor will help draw up a purchase agreement that allows enough time for inspections, contingencies, and anything else that’s crucial to your particular needs.

They’re connected to everyone

Realtors might not know everything, but they make it their mission to know just about everyone who can possibly help in the process of buying or selling a home. Mortgage brokers, real estate attorneys, home inspectors, home stagers, interior designers—the list goes on—and they’re all in your Realtor’s network. Use them.

They adhere to a strict code of ethics

Not every real estate agent is a Realtor, who is a licensed real estate salesperson who belongs to the National Association of Realtors®, the largest trade group in the country.

What difference does it make? Realtors are held to a higher ethical standard than licensed agents and must adhere to a Code of Ethics.

The thing about Realtors: They wear a lot of different hats. Sure, they’re salespeople, but they actually do a whole heck of a lot to earn their commission. They’re constantly driving around, checking out listings for you. They spend their own money on marketing your home (if you’re selling). They’re researching comps to make sure you’re getting the best deal.

And, of course, they’re working for you at nearly all hours of the day and night—whether you need more info on a home or just someone to talk to in order to feel at ease with the offer you just put in. This is the biggest financial (and possibly emotional) decision of your life, and guiding you through it isn’t a responsibility Realtors take lightly.

Information brought to you by Realtor.com

What is your home worth?

4 Must Know Tips for Buyers

What do buyers and sellers need to know to be smart about the housing market in 2016? 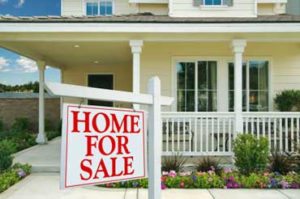 “The 2016 housing market is forecasted to be mainly a seller’s market, filled with increasing home prices, relatively low inventory and fierce competition between buyers,” says Jonathan Smoke, chief economist for realtor.com®. “Buyers looking to close this year need to keep an open mind and be prepared to move quickly when they find a home that meets their needs. For sellers, it’s about understanding the ins and outs of their local market so they can optimize the price of their home and close quickly.”

Realtor.com® just released “Top Tips for Home Buyers and Sellers in 2016” to help guide house-hunters and home sellers on what’s most important for buying and selling a home this year. Here’s what they had to say.

1. Don’t wait. More than 85 percent of buyers who say they plan to buy a home in the next year say they will wait until the spring or summer, shows a recent realtor.com® survey. But buyers who start their hunt early will likely face less competition and have just as many homes for-sale to consider.

2. Shop around for a mortgage. Buyers shouldn’t take the first rate-quote they receive and should talk to more than one lender. A lower interest rate could equate to thousands in savings over the life of the loan. Mortgage rates are largely expected to rise over this year. Realtor.com® is predicting mortgage rates to reach 4.65 percent by the end of this year (they’re currently just under 4 percent).

4. Buy in the Midwest or South. The Midwest and South will likely offer the most affordable options for home purchasers in 2016. Realtor.com® singles out the following markets as offering buyers high affordability, rising inventory, and some of the most favorable lending standards. 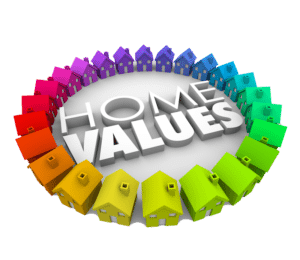 SPRINGFIELD, Ill. — A drop in the number of homes on the market and a typical seasonal slowdown helped drive Illinois home sales lower in October even as median home prices continued to post solid annual gains, according to Illinois REALTORS®.

The statewide median price in October was $179,000, up 6.9 percent from October 2015 when the median price was $167,500. The median is a typical market price where half the homes sold for more and half sold for less.

“While sales were softer in October on an annual basis, much of this can be attributed to a typical seasonal slowdown and the chronically low number of homes on the market.” said Illinois REALTORS® President Doug Carpenter, ABR, AHWD, GRI, SFR of Mokena, managing broker of Coldwell Banker Honig-Bell in Orland Hills. “Given the relatively short time it is taking on average to sell a home, strong market demand might work to a seller’s advantage as we start to close out the year.”

The time it took to sell a home in October averaged 60 days, down from 69 days a year ago. Available housing inventory totaled 61,837 homes for sale, a 14.7 percent decline from October 2015 when there were 72,495 homes on the market.

The monthly average commitment rate for a 30-year, fixed-rate mortgage was 3.47 percent in October 2016, an increase from 3.46 percent the previous month, according to the Federal Home Loan Mortgage Corp. In October 2015 it averaged 3.78 percent.

“No doubt that the election contributed to a decline in sales, but prices continue to grow,” said Geoffrey J.D. Hewings, director of the Regional Economics Applications Laboratory at the University of Illinois. “For the next three months, price growth is anticipated to be a little stronger.  Declining supply contributes some uncertainty to sales growth.”

“Although the autumn market’s pace is reduced compared to the summer months, great opportunities to buy and sell property remain,” said Matt Silver, president of the Chicago Association of REALTORS® and partner at Urban Real Estate. “As long as the low inventory continues, strategically priced properties will continue to fly off the market at higher prices.”

Sales and price information are generated by Multiple Listing Service closed sales reported by 28 participating Illinois REALTOR® local boards and associations including Midwest Real Estate Data LLC data as of Nov. 7, 2016 for the period October 1 through October 31, 2016. The Chicago PMSA, as defined by the U.S. Census Bureau, includes the counties of Cook, DeKalb, DuPage, Grundy, Kane, Kendall, Lake, McHenry and Will.

Illinois REALTORS® is a voluntary trade association whose more than 44,000 members are engaged in all facets of the real estate industry. In addition to serving the professional needs of its members, Illinois REALTORS® works to protect the rights of private property owners in the state by recommending and promoting legislation to safeguard and advance the interest of real property ownership.

What is your home worth?